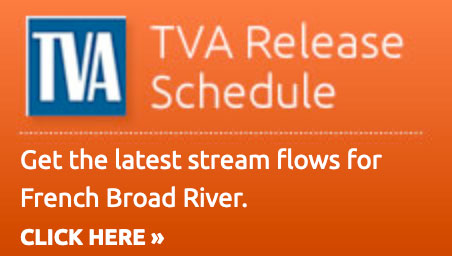 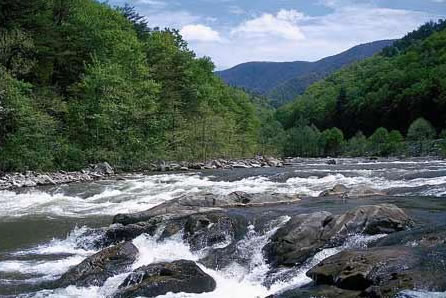 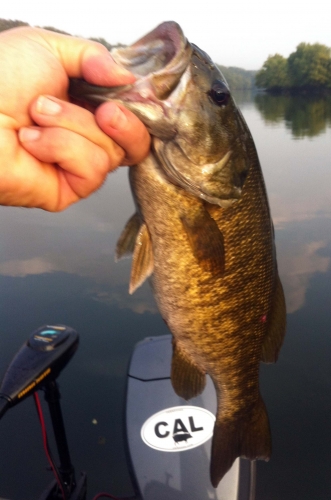 The mystery of the missing bass on the French Broad River below Douglas Dam may have been solved over the weekend in the pre-dawn hours. I spent two early mornings on the river over the holiday weekend and to say that the feed is on at daybreak is to put it mildly. From about first light until the sun crests above the horizon the fish are feeding heavily on what appears to be small gizzard shad about two inches in length. As soon as the sun gets up, however, the party is over. I had limited luck during the early morning hours on wiggle minnows on a floating line fished slow ala a Zara Spook. I did better (on the second morning) fishing a Tom's Tantrum in white slow on a floating line. That said, my largest fish came on a stealth bomber along the bank once the baitfish bite had slowed. While the bite slows significantly after the sun crests it's not as if it's over completely, it's just that you have to work a bit harder for the fish and you are more than likely relegated to catching more average fish since the larger fish are getting their job done in that first hour of the day. If you're interested in a trip give us a call at the shop and we can hook you up, 865-200-5271.
French Broad River has Flows but Where are the Fish?
Written by Allen Gillespie
Published: August 27, 2013 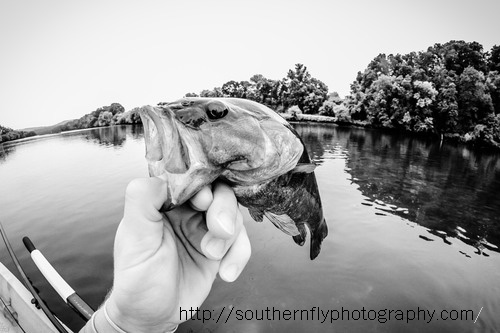 The French Broad River below Douglas Dam is presenting fishable flows but most anglers are having a hard time locating the fish. When I've had a chance to get on the river I found a similar situation with small mouth bunched up in schools in low water but spread far and wide. This may be in part due to the high water scenario which has dominated the year thus far but it may also have to do with the bi-weekly tournament occurring on the river every second Saturday. If you haven't been to the Kelly Lane boat ramp on one of these Saturdays then you've missed the forty to fifty trailers in the lot. Needless to say, I am incredulous that this fishery can sustain that type of pressure without suffering a detrimental impact. The upsdie, hunting season is not too far off and that may be just the thing the French Broad needs in order to turn on again.
French Broad Fickle but Fishable
Written by Allen Gillespie
Published: August 7, 2013 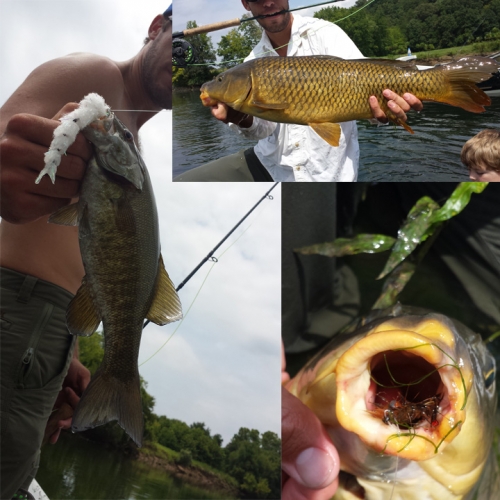 At long last the French Broad below Douglas Dam is presenting some fishable flows if only with narrow windows. From experience, any average outflow below about 11,000 cfs will produce periods of low water where anglers can find willing fish. While the generation from the dam is still exceptionally high (18,000 cfs) for the better part of 12 hours, the remaining generation is next to zero with only the occasional pulse. This high-low schedule gives the fish a respite from high water and the angler a chance to chase them. Not surprisingly, the fish are a little skittish on the lower water having become accustom to 6 to 8 feet of water over their heads. Most small mouth are still hanging in deeper pools but are willing to dart from cover to chase down well presented streamers. Carp are working the deeper flats and on occasion larger bass may be hanging off their tails looking for a free meal. Flies that present well to spooky bass, such as Tom's Tantrum or a bead chain clouser, are producing better than others.
French Broad Flows Still High
Written by Allen Gillespie
Published: May 21, 2013 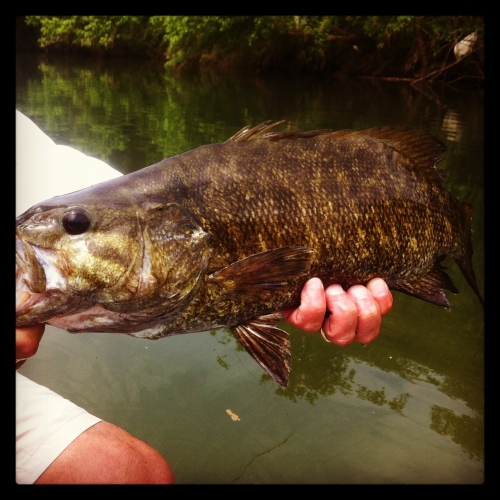 TVA is still pushing a ton of water through the French Broad River below Douglas Dam making it unfishable at present. The good news is that the generation schedule has been throttled back significantly and the lake level is only a foot or so above TVA's expected elevation range. This bodes well for float-able/fish-able flows by the weekend or early next week. At present, the small mouth are still a little confused with respects to what they're supposed to be doing with all the water and cold weather we've been having here in East Tennessee this spring. The free stone rivers associated with the French Broad drainage are holding significant numbers of trophy small mouth in a variety of stages from pre-spawn to spawning to post-spawn. Expect them all to move into a post-spawn mode in then next two weeks and drop back down into the main river. When that happens, hold on.
French Broad River below Douglas is Now Happening
Written by Allen Gillespie
Published: April 16, 2013
Good accounts of decent small mouth action on the French Broad River below Douglas Dam are trickling in with increasing regularity. The mid- to lower-river has been warm enough to push the fish up into their shallow water haunts in the past week. If Mother Nature and TVA will cooperate the bite should improve steadily in the next week or two.
French Broad River Pre-spawn is On
Written by Allen Gillespie
Published: April 12, 2013
When and if you can find a favorable flow on the French Broad it is beginning to show some signs of life. The pre-spawn bite is not super strong yet as the water temperatures is just now getting above the 50 degree mark but there is enough action there to warrant a look. This should steadily improve as TVA cuts back the flow and the water temperatures continues to warm.
French Broad Frigid
Written by Allen Gillespie
Published: December 3, 2012
What a difference a week makes. The lower French Broad has slowed to a crawl following some significant catches the week before. Water temperatures, despite the warm days, have plummeted and the bass bite has turned off. Lower flows and unseasonably warm temperatures may turn this around but from here on out it a low and slow presentation may be required to get any action at all.
French Broad Bass are still getting it on the lower river.
Written by Allen Gillespie
Published: November 27, 2012
The smallmouth on the French Broad are still hungry but have fallen back into their late-fall/early winter habitats. Now that TVA has dropped the lake levels on Ft. Loudon the lower portion of the French Broad is treacherous from the John Sevier Highway up. You'll find the bass laying low in the deep troughs between the horizontal shoals. Fishing is better with a little bit of a flow but on low water the fish are busting some bait on the surface.
French Broad Bass Bite Improving
Written by Allen Gillespie
Published: October 12, 2012
After what seemed like an eternity the bass bite on the French Broad is steadily improving. I'm not sure if Douglas turning was the problem but the fish finally seem to have adjusted to their new conditions and the bite is back on. Water temperatures are still warm and given this week's weather report it looks like all systems are a go through the weekend. Get out while the getting is good!
Fickle Bass on the Broad Continues
Written by Allen Gillespie
Published: October 1, 2012
The big bass are still in the shallows set up in their usually lies but they are still refusing to feed aggressively. Hot water, low oxygen, early Fall fronts may all be to blame but rest assured as soon as we get a real dip in the temperatures the big boys (and girls) will put it into overdrive and get their feed on. If you are out and about now chasing them think small, delicate, and nymphy. Dead drifting crawdads, helgramites, and tequeelies under a popper are probably going to be your best bet.
MENU